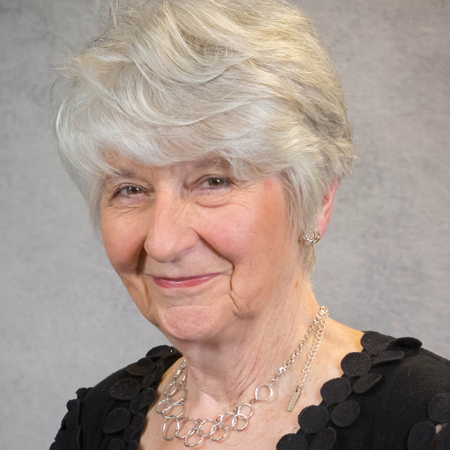 Ruth McLellan is a full-time worker at Bethel with a special emphasis on women's ministries, Ladies Coffee Hour and Ladies Bible studies. She also anchors the Pastoral Care program at Sault Area Hospital. Ruth is a faithful prayer warrior and pianist utilizing both gifts on behalf of those she serves at Bethel. Her servant's heart makes her a good choice as a mentor and role model. Past service at Bethel includes assisting at Camp ABK and teaching Sunday School. Ruth started out as an elementary school teacher, a skill she utilized teaching Religious Education from 1979-90.

Previous to this Ruth attended a year at Emmaus Bible College. Not long afterwards she was commended by the Elders at Bethel as a full-time missionary to India where she worked from 1966-1978, among some of the nation's most needy people. Ruth worked with many desperate orphans and eventually managed five mission schools in the area. Her missionary experience involved reaching out to the Christian community and young people from the assembly in the near-by town of Kollegal. In typical McLellan fashion, Ruth's home in Kollegal was frequented by College and Career students and others who were drawn to learn more about Jesus in Bible study groups.

On her return to Canada, Ruth earned a BA Degree at Algoma U. She followed this with a program of studies leading to an MA Degree in Christian Education from the Winnipeg Theological Seminary. Ruth also undertook a rigorous 2000 hour, 'hands-on' background enabled Ruth to take the position of Chaplain at the Sault Area Hospital (SAH) when it became available in 1993. In 2011, the new SAH planned to terminate the spiritual support for the ill, the Elders approached hospital officials and offered to fund the program on condition that Cathy Martin and Ruth continue ministering as they had done so faithfully for many years. Thankfully, this resulted in a ten year contract to retain the program. The SAH is the only hospital in Canada that we know of with such an agreement! God is good!

Activities and interests for Ruth include music, reading, making time for family and friends, the piano and outdoor pursuits such as canoeing and star gazing!
One of her favourite Bible passages is Psalm 27, especially verse 8.
One of her favourite hymns is "O My Soul Arise and Bless Your Maker."