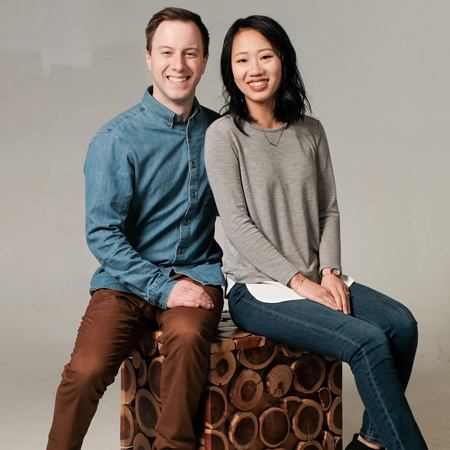 Nicholas and Esther were called to serve the Lord at Bethel Bible Chapel in April 2020. Nicholas was born and raised in Sault Ste. Marie and grew up at Bethel. Esther was born in Markham. They met while studying at Wilfrid Laurier University where they both completed the Business Administration program. They served together on campus with Power to Change leading Discipleship groups and organizing the weekly student meeting. Nicholas completed his Master of Divinity degree at McMaster Divinity College in 2016. Nicholas and Esther love singing, going to musicals, and trying new recipes together.

Nicholas is the third generation of Sarlo preachers and seeks to bring the authority of God’s Word into every aspect of his life and ministry. Whether that be preaching a sermon from the pulpit, leading a devotional at youth group, visiting with a Church member, or playing a crazy game with the youth; all of it is for the glory of God.

Nicholas leads Bethel’s Youth Group along with an amazing team of volunteers. He also writes a weekly blog for the purpose of building the church up in the knowledge and love of God in Christ. Nicholas is also involved with Small Groups, Conquerors Groups, and leading Bethel’s abuse prevention program for volunteers and staff as well as serving in other needed roles.

“I am excited to see what God will do through the saints at Bethel, and I am so honoured to be given a place to serve and equip the saints for the work of ministry in Sault Ste. Marie.”

“Blessed be the God and Father of our Lord Jesus Christ, who has blessed us in Christ with every spiritual blessing in the heavenly places, even as he chose us in him before the foundation of the world, that we should be holy and blameless before him.”