The Friends We Need, Part 2: Friends Beside 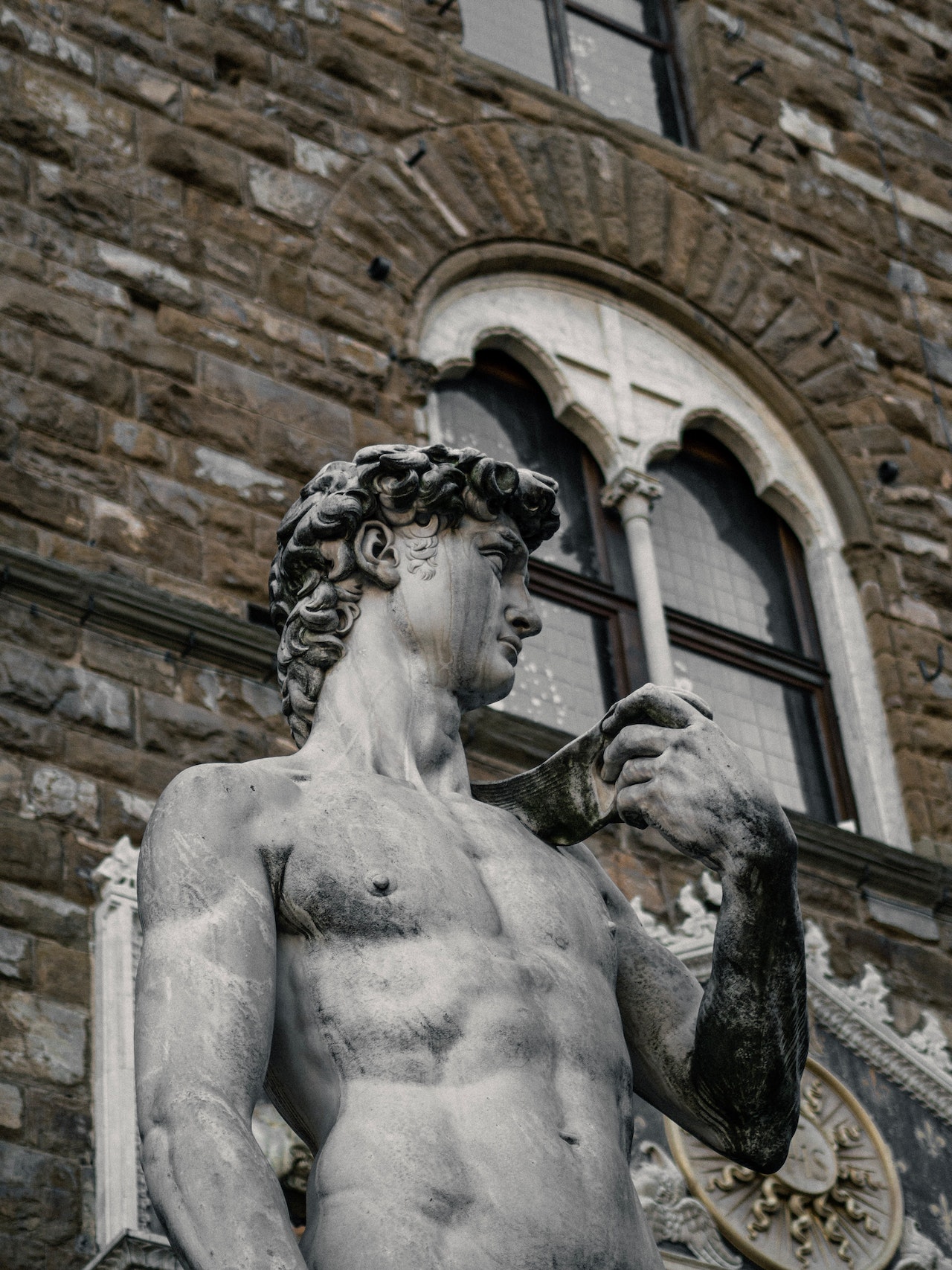 About a month ago I shared an idea shared with me by one of my “older” friends: We all need 3 types of people in our lives. Friends ahead of us to follow, friends beside us to work with, and friends behind us to bring along. In my first post, I outlined the importance of those friends ahead of us who have been there before using the example of Ruth and Naomi.

Today we turn our attention to those friends beside us. The people who will walk beside us at a similar stage of life, facing similar challenges, and celebrating similar achievements. In the last post we can think about a Frodo and Gandalf type of friendship, and now let’s look at Frodo and Sam. With this relationship in mind, the best example of friendship I know in the Bible is between David and Jonathan.

The story of David and Jonathan’s friendship begins in 1 Samuel 18. David has just completed his most famous act of killing Goliath and presents himself to King Saul. Verse 1 says,

“As soon as [David] had finished speaking to Saul, the soul of Jonathan was knit to the soul of David, and Jonathan loved him as his own soul.”

David and Jonathan just click; they are best friends until the day they die. The first thing we can learn about the friends beside us is:

David and Jonathan had every reason not to be friends. David was the youngest son of a sheep herder from a tiny town. Jonathan was the oldest son of the king from a wealthy family in a major city. David is a shepherd and Jonathan is a captain. They had nothing worldly in common, but God brought them together anyways.

God may bring people into your life unexpectedly. People with different experiences, different skills, and different interests; but a shared love for God, His Word, His Church, and living for God’s glory. Don’t let worldly standards dictate who you will be friends with. Let God bring those people into your life by his providence. You will find those friends most readily in a church seeking to worship God by the standards and guidance of His Word.

David and Jonathan come from different worlds but become best friends in an instant. Next, we see good friends,

“Jonathan made a covenant with David because he loved him as his own soul. And Jonathan stripped himself of the robe that was on him and gave it to David, and his armor, and even his sword and his bow and his belt. And David went out and was successful wherever Saul sent him, so that Saul set him over the men of war. And this was good in the sight of all the people and also in the sight of Saul's servants.”

David is a rising star in Israel. He has killed Goliath, he is winning the hearts of the people, and in chapter 16 of 1 Samuel, David has actually been anointed king of Israel. In a few more verses we learn that David will marry Jonathan’s sister! David is all up in Jonathan’s business. By human standards, those victories and praises should be Jonathan’s, not David’s. Yet, Jonathan is not envious, he is not bitter, and he does not seek to bring David down. He is genuinely happy for the blessings God has shown his friend.

The great temptations when it comes to the friends who are beside us are envy and competitiveness. You are made different than your friends by God, which means you will have different strengths and weaknesses. Celebrate those and encourage them in your friends. We can love our friends like that because that is how God loves us. He knows everything about us, the good, the bad, and the ugly and yet pours out his love and grace on us. Good friends celebrate each other’s victories as Jonathan did; like Jesus does.

Jonathan makes a covenant with David, to act in his best interest before God and that is constantly tested by the fact that Saul, Jonathan’s father, is actively trying to kill David. This gives Jonathan a choice. He can join with his father and take David down, securing his future as king, or he can keep his promise and protect David. Jonathan chooses to maintain his integrity rather than look out for himself. He warns David about Saul’s plot, stands up for his friend to his father, and is constantly acting to keep his promises to David.

Are you a friend like that? Do you have friends like that? We want to have and be friends who choose what is right over what is easy or best for us. And keep those friends who prove themselves in reflecting God’s character to us. Good friends keep their promises. But of course, that isn’t always easy. Good friends also,

The ladies reading this all gave a silent “amen”, while the men are all trying to compete for who has gone the longest without crying! Regardless, life is hard, and good friends are there in the good times and the bad.

Jonathan and David share one particular moment like this. In 1 Samuel 20 David and Jonathan come up with a plan to find out Saul’s intentions and it ends badly. It is revealed that Sault will do whatever it takes to kill David and he even throws a spear at Jonathan in his rage. When Jonathan reveals Saul’s heart to David the Bible tells us,

“David got up from the south side of the stone and bowed down before Jonathan three times, with his face to the ground. Then they kissed each other and wept together—but David wept the most (1 Samuel 20:41).”

As men, this kind of intimacy between friends makes us uncomfortable. Some of that is differences in how our culture expresses affection, but some of that is a general fear of emotional vulnerability that men have. David didn’t need a firm handshake and a “chin-up buddy” at this moment; he needed a brother to weep with as his whole life crumbled around him.

We are called as Christians to “Rejoice with those who rejoice, weep with those who weep (Romans 12:15).” That is a big task. In doing so we must not let the difficult things of life make our hearts hard and make us unable to feel deep sorrow with another person. And we can’t be so soft and fragile that all we do is weep at every turn in the road. Be a friend who is present in celebration and sorrow.

David and Jonathan’s friendship face-to-face is almost over, but they have one final lesson for us as we consider the friends we want to be and keep. Good friends,

5) Are Grounded in God

Your best friends should share and understand you at a foundational level. As a Christian, that identity is built on Christ and his work on the cross for you to make you a new creation for his glory. If you don’t share that with those closest to you, you will find yourself either being drawn away from your friends because of their contrary values, or you will find yourself drawn away from God toward your friends. There is no neutral ground here. David and Jonathan show us that a friendship can survive all the joys and bitterness of life only when it is based on God’s work, not our own.

Once David has fled from Saul, there is one time when Jonathan is able to track David down and meet with him and he says to him, 1 Samuel 23:16-18,

“And Jonathan, Saul's son, rose and went to David at Horesh, and strengthened his hand in God. And he said to him, “Do not fear, for the hand of Saul my father shall not find you. You shall be king over Israel, and I shall be next to you. Saul my father also knows this.” And the two of them made a covenant before the Lord. David remained at Horesh, and Jonathan went home.”

David and Jonathan never see each other in this life again. But God was between them holding them together even when life kept them apart. They were bonded in God’s plan for their lives and supported each other in that.

Keep God between you and all your friends. Whether they are friends ahead of you mentoring you, friends behind you that you bring along, or friends beside you sharing life. Keep God in between you and any romantic relationship. It is a mighty task ahead of us, and if you and I are going to do that in our friendships, we need to know God. We need to be reading our bibles, reading good books, going to church, and being invested in the things God cares about.

“Greater love has no one than this: to lay down one’s life for one’s friends. You are my friends if you do what I command. I no longer call you servants, because a servant does not know his master’s business. Instead, I have called you friends, for everything that I learned from my Father I have made known to you.”

Jesus laid down his life for us and calls us friends so we can be the type of friend people need to get through this life with joy even in the trials. It’s hard to make and keep good friends, but the rewards of doing so might just be eternal. We all need friends beside us enduring life together for the glory of God.