Were the people of the Old Testament "Christians"? 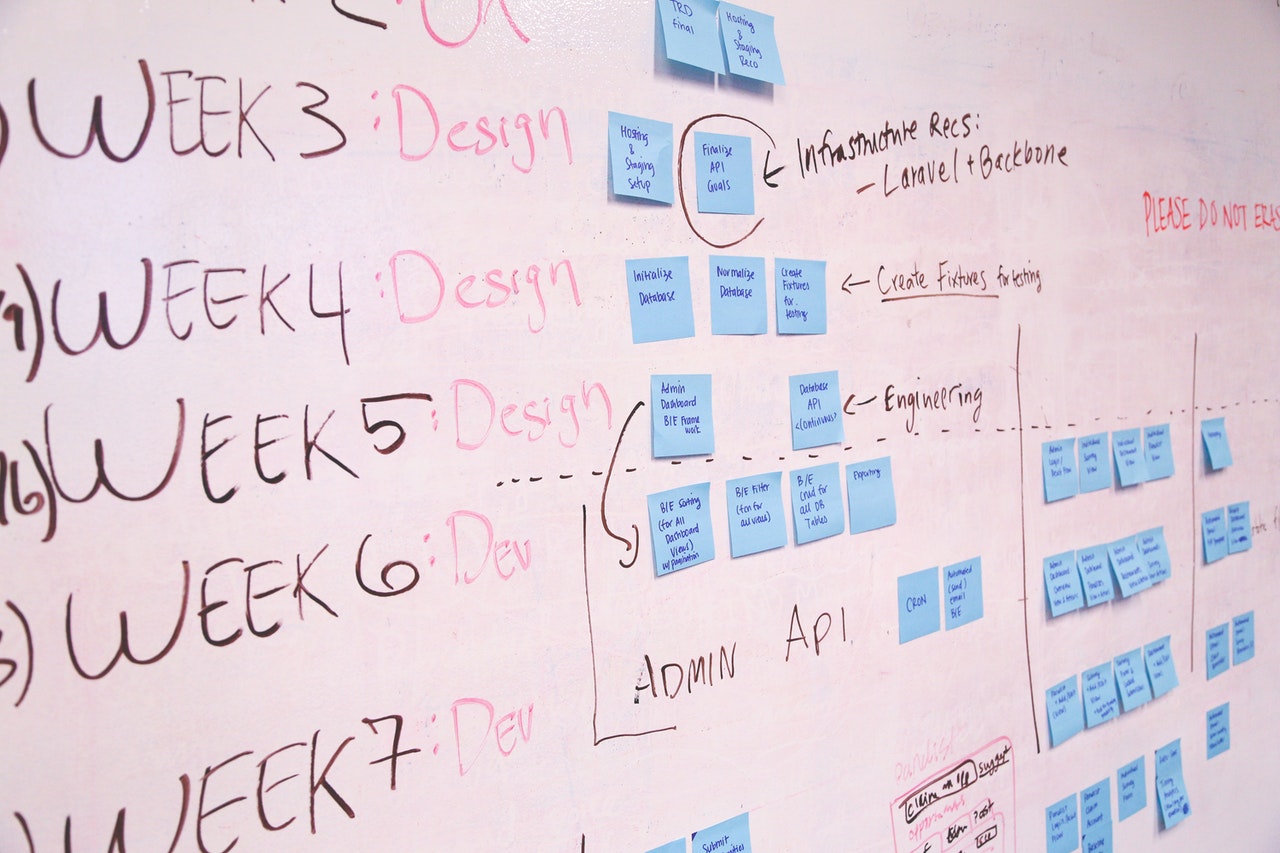 A few months ago, I started a "question jar" on this blog to increase interaction with you, the readers. I did not forget about that, and the question jar now has a few entries that I have had time to consider. The first question (adjusted for simplicity) I will address is:

Are Old Testament Saints part of the Universal Church?

This is a great question. As New Testament believers, we have received the full revelation of the Gospel of Jesus Christ. We know that if we trust in the substitutionary life, death, and resurrection of Jesus we are adopted into the family of God and will inherit the earth as His kingdom. But what about the people who lived before Jesus? How could they trust in Jesus’ substitutionary death on the cross if it hadn’t happened yet? Will they be in a separate part of heaven? Or will they have certain roles in God’s family that are different from ours? It’s a great question because it takes seriously the promises to Israel as the people of God, but also recognizes the work of Christ as superior and fulfilling much of the Old Covenant. This is the type of question I relish as it will take us through the whole Bible from Genesis to Revelation.

The shortest answer to this question is, yes; I do believe Old Testament Saints, those called out by God for God before Jesus came, are full participants in the gift of salvation in Jesus. I also believe that all future members of the Church will enter by that same gate. Jesus is THE way, THE truth, and THE life. No one comes to the Father except by Him, whether that is yesterday, today, or forever. I believe this for the following reasons:

We Are All Saved by One Promise

Some of God’s first words after the rebellion of the Man and the Woman is to promise a son who will put an end to the cycle of death they initiated. That promise sets off the primary conflict of all of scripture, the seed of the serpent faces off against the seed of the woman for supremacy in the world. Genesis 3:15 is the basis for the rest of the promises of Scripture. Noah is reaffirmed in God’s commitment to see men and women multiply and subdue the earth in Genesis 9. Abraham is told that he will bless the nations through his offspring in Genesis 12. Moses is then given the law, land, and a picture of salvation in the Exodus and David is told his throne will be established forever (2 Samuel 7). Finally, Mary and Joseph are told that Mary’s child will inherit the throne of David and save his people from their sins (Matthew 1, Luke 2).

God’s promise to bring about a son who will crush the serpent is fulfilled. It started in the Garden and ended with the virgin birth. It was not a plan B after the Man and Woman failed; it was the perfect consummation of God’s eternal purposes. In that Jesus is the fulfillment of that initial promise, it follows that we share the same place in God’s kingdom.

Righteousness Has Always Been by Faith

The second reason I believe Old Testament believers are full members of the New Testament Church is that the method of salvation has never changed. Salvation has always been by faith in God alone. This is the Apostle Paul’s point in Romans 3:21-22,

Paul, through the Holy Spirit, says the Law and the Prophets bore witness to the fact that God would provide perfection for his people outside of the Law’s demands. The law was never meant to cure, only diagnose the problem of sin. The promise was that God would give his people faith and righteousness by his grace.

“Now faith is the assurance of things hoped for, the conviction of things not seen. For by it the people of old received their commendation.… These all died in faith, not having received the things promised, but having seen and greeted them from afar.… And all these, though commended through their faith, did not receive what was promised, since God provided something better for us, that apart from us they should not be made perfect.”

The above passage definitely outlines a difference between the Old Testament faithful and New Testament believers. That is one of the points of the book of Hebrews, to show how the shadows of God’s plan are made perfect in Christ. However, that separation is not one of value, but of timing. Without the finished work of Christ, no one is saved. And that work took place, “at the right time [when] Christ died for the ungodly. (Romans 5:6)” The believers of the Old Testament waited patiently for a time in the future where God’s promise would be fulfilled. And in their waiting, they suffered greatly. Their value was greater than the world could know; the world was not worthy of them (Heb. 11:38). The people of the Old Testament were not of a lesser value in the Kingdom of God. Their promise was the same and their faith was the same. They had faith that God would provide the son and righteousness he had promised.

We Are All Part of One Plan of Redemption

Not only are the ingredients of salvation consistent across the scriptures, but the way God reveals the plan of redemption shows its consistency and continuity. God was not experimenting with different methods of salvation throughout the story of the Bible desperately trying to find something that would work. Rather, look at Ephesians 3:6,

“This mystery is that the Gentiles are fellow heirs, members of the same body, and partakers of the promise in Christ Jesus through the Gospel.”

In chapter one of Ephesians, Paul describes the work of the gospel as “a plan for the fullness of time (Eph. 1:10).” God had a plan to bring about his salvation. He made a promise, he granted faith, and he fulfilled the promise with a plan for all times and places. Even if we look at the first lines of the book of Hebrews which highlight the diverse ways by which God speaks to his people, the author says that Jesus was there at the beginning in creation.

“In the past God spoke to our ancestors through the prophets at many times and in various ways, but in these last days he has spoken to us by his Son, whom he appointed heir of all things, and through whom also he made the universe.” – Hebrews 1:1-2

God’s knowledge and plan were never separate from the person and work of Jesus Christ even though the revelation of that plan to the world was progressive over time.

I once heard a preacher say that if you removed the mentions of “the nations” from the Old Testament, there would not be very many pages left to read. God planned to use Israel as a tool to bless the nations. From the command to “be fruitful and multiply and fill the earth and subdue it (Gen. 1:28)”, to “in your offspring shall all the nations of the earth be blessed (Gen. 22:18)”, all the way to “Go therefore and make disciples of all nations (Matt. 28:19)”. It will gloriously culminate in, “after this I looked, and behold, a great multitude that no one could number, from every nation, from all tribes and peoples and languages, standing before the throne and before the Lamb, clothed in white robes, with palm branches in their hands (Rev. 7:9)”. God has accomplished his work of salvation from Genesis to Revelation with one plan and purpose: to bring lost sinners to himself through Jesus Christ, the Son of God.

The Church is Built on One Foundation

Finally, Scripture reveals that the Old Testament saints are a part of the New Testament salvation in Jesus because the foundations of the Church’s message and teaching are built on the foundation of the Law and the Prophets. Ephesians 2:20,

“So then you are no longer strangers and aliens, but you are fellow citizens with the saints and members of the household of God, built on the foundation of the apostles and prophets, Christ Jesus himself being the cornerstone.”

The problem that salvation through Jesus Christ presents according to this passage is not how Old Testament saints are included in the people of God, but rather how is it that New Testament believers are being brought into the people of God? This is done by “adding bricks” to the foundation of the prophets. The Prophets were the Old Testament authors who pointed to God’s promise and plan to bring righteousness to his people by faith. Without the “prophets” half of the foundation is missing from Christ’s body, the Church. But of course, we also need the bricks contributed by the Apostles. It is the Apostles who brought the fulfillment of the prophets in Jesus Christ to the nations.

Not only did the Apostle Paul see the Old Testament as foundational to the New Covenant, but Jesus saw the Old Testament this way as well. On the road to Emmaus, “beginning with Moses and all the Prophets, he explained to them what was said in all the Scriptures concerning himself (Luke 24:13-35).”

“All the Scriptures” testify to Jesus as the fulfillment of God’s promise and plan to bring about righteousness by faith for his people from all nations, tribes, tongues, and times. The question is not, “how do the Old Testament believers fit into the New Testament promises?” but rather, “How has God brought those who were once thought to be outside the grace of God inside?” And the answer is: Jesus died on the cross for our sins.

As I said above, I love this question because the answer starts in Genesis and flows through the entire witness of scripture. It is the entirety of God’s word that informs the answer, not just one verse that may or may not be taken out of context. And we, as New Testament Christians think about these things it should be very clear that God’s work of salvation was decisive even without our input. When Jesus died on the cross, all of our sins were future sins. Christ is not re-crucified for us in the 21st century, he died once and for all. It should not be a troubling jump to think that Jesus’ death can have an impact back in history as well as forward.

The witness of scripture reveals that God’s promise of salvation by faith was his plan for all time. It began with Adam and Eve, was testified to by Moses and the Prophets, and fulfilled in Jesus and continues to this very day. While their vision was not as clear as ours, the God of the Old Testament was and is. So is His plan and purpose of redemption through the life, death, burial, and resurrection of Jesus Christ.

There are a couple of adjacent topics that are not addressed by my answer above such as the new reality of the Holy Spirit in the lives of New Testament believers and God’s purpose for the modern people of Israel in his plans. These are not addressed above but could be the topic of another “Question Jar” post in the future.